How Exploratory Research can help find the answers

Whether you viewed the world events in 2016 to be good or bad, one description of the year that most of us can probably agree on is…surprising. What many had predicted did not happen. Looking specifically at the outcomes of two major events, Brexit and the US Election, the public were generally left feeling either delighted or dejected, but surprise was definitely a common denominator.

Upon reflection, were these outcomes really that unexpected or out of the ordinary? Arguably not, given that they represented the views of sizeable proportions of the UK and US populations.

Perhaps the answer lies in better understanding what informed our (imprecise) predictions and why we got things so wrong.

Firstly, opinion polls, possibly the most scientifically robust prediction instruments currently available, suggested the opposite results. Commenting in detail on the reasons behind this is beyond the scope of this article, but some are likely due to methodological constraints (e.g. self-reporting bias, difficulty accessing all segments of the population etc.).

Nonetheless, in today’s information-driven world, we have a wealth of other data and opinions to keep us in the loop. So, with access to countless news articles, as well as friends and influencers we follow on social media often freely sharing their political views, how did we miss the fact that these events were not just possible, but probable? Self-curation has a part to play in it. With so much information available online, our way to manage it is to read the things or follow the people we find most relevant or interesting. These are most likely the ones that reinforce our own world views. Let’s face it, after a long, stressful day we’d probably prefer to look at pictures of cute puppies rather than risk spiking our heart rates by reading something contentious.

Where to Next: Learnings from Refugee Camps

One major positive of 2016 was that it strengthened my belief in the power of research. Now more so than ever, I feel it has a key role to play in helping us better understand those who may be different from us and, perhaps more importantly, giving them a platform to tell their own stories.

In August/ September 2016, AudienceNet had the privilege of working with the Tent Foundation on a groundbreaking piece of research amongst refugees. Tent is a philanthropic foundation set up by Hamdi Ulukaya, the Founder and CEO of America’s number one yogurt brand (Chobani), who has dedicated much of his personal wealth to tackling the global refugee crisis.

Our team conducted 1500 interviews with refugees in Germany, Greece and Jordan. I personally spent time in camps in the North of Greece and Athens.

Upon starting the research (Refugee Voices), I invested a lot of time reading and generally gathering information so that I knew what to expect. This led me to conclude that refugees had faced terribly difficult circumstances in their home countries and were in desperate need of help. However, I quickly realised that this was only part of the story. Yes, they had faced dreadfully sad circumstances, and hearing about these first-hand left me speechless on a number of occasions (quite an achievement for me). But what I was most stunned by was their strength, gratitude and determination to rebuild their lives. As someone who specialises in intercultural relations, this made me feel optimistic about refugees’ ability to integrate and the knock-on (positive) effect this could have on how citizens in host countries would react towards them. However, sadly, these stories are lesser heard in the overall discourse about the refugee crisis.

Needless to say, the research experience has had a lasting impact on me, both personally and professionally. But most of all, I’m proud that our work has given refugees a voice with which to communicate with the general public and decision-makers (at the United Nations and Davos 2017).

For me, the fundamental lesson of 2016 was that gaining a truly holistic understanding requires us to broaden our perspectives. This can most effectively be achieved by abandoning our own preconceptions and hearing directly from the target audience themselves. Whether this leads you to conclude that you were completely right, somewhat right or totally wrong, you’ll be more informed and able to make better decisions as a consequence.

Finally, the message of this article is perhaps best summed up by a popular culture reference from the early 2000s: the tag-line of MTV’s celebrity lifestyle show (Diary). As cheesy as it may have sounded, I now realise that it was strangely profound: ‘You think you know, but you have no idea,’ until someone brings you into their world. 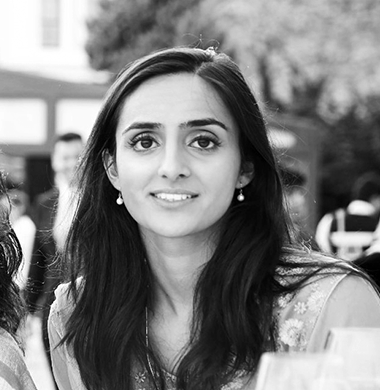